The Essential Skills of the BEST Supervisors: Supervision Essentials

The research drew on theory that provides resources for thinking about the lived experience of practices like social work. To help someone requires a capacity to think about them and become emotionally attuned to their experience. Thinking is influenced by several things but anxiety is regarded as particularly influential Bower, Child protection professionals experience intense emotions, from their own experience of anxiety, fear, sadness, hope, despair and the feelings of rage, hate, love, gratitude and so on that are projected into them by services users.

These intense emotional experiences are unavoidable in social work and child protection; what is crucial is whether and how they are managed in containing ways that promote clear thinking. The research also drew on theory that helps to illuminate the nature of lived experience. Deepening understandings of how social work is—or is not—done requires analysis of how practice is achieved and experienced not only in terms of emotions and the mind, but through movement, the body and the senses Pink, This method is concerned not merely with the emotional dynamics of interactions, but also with the atmospheres, smells and moods of encounters.

The research sought to enter the internal world of practice and the practitioner as they moved through space and into the homes and intimate lives of children and families, gathering data on what they were doing, feeling and thinking as they were doing it Ferguson, a ; b. This involved taking account of experiences that are usually ignored, such as journeys, and the car was found to be a crucial space within which workers prepared for and afterwards reflected upon encounters with families.

Chapter 9. Customer Service – Introduction to Tourism and Hospitality in BC

This approach provides insights into what makes practice flow well and how close, intimate relating to children and parents occurs and into instances in which moving, seeing, talking, touching and thinking straight become difficult and how barriers to engagement are overcome, or not. The overall picture of social work to emerge from the study was of practice that achieved different degrees of closeness to children and families. In some short- and long-term work, relationships with families had real depth and the interactions with children were very close and intimate. In such casework, children were not only talked to, but hugged, caressed to bring comfort, examined and played with.

Babies and pre-verbal infants were picked up, held and engaged in face-to-face, eye-to-eye contact and communicated with through noises and playfulness. Children aged four and above were spoken to on their own. However, the goal of good practice needs to be expressed in terms of a language that incorporates all the senses and intimacy.

The research findings show that, where children are not meaningfully engaged with, it is the absence of intimate practice that involves eye-to-eye contact, talk, active listening, play, touch and close observation that results in crucial aspects of their experience remaining unknown. A key finding concerned the complexity of the work. Home visiting is very different from work that goes on in the office or the clinic, as workers have to negotiate with family members and relationships as they are lived out in their space, and deal with the presence of strangers and the impact of the home itself, such as smells and atmospheres welcome, hostile and dogs.

Multiple tasks had to be completed, invariably within time limits: parents and other carers interviewed, children spoken to on their own, interactions between family members observed, and bedrooms and other home conditions inspected, to name just some. This complexity meant that the risk of superficial, non-intimate practice was ever present. Sometimes social workers were observed in encounters and atmospheres on home visits that threatened to distract them from their focus on the child but they managed to pull themselves back from the edge of being overwhelmed to complete purposeful work Ferguson, b.

But, in a minority of cases, social workers did not overcome these challenges and this resulted in different degrees of detachment from and invisibility of children. This was particularly evident in three cases involving different social workers and families and these will be drawn upon to illustrate the various dynamics.

The social worker spent the duration of the visit interviewing the mother in the sitting room, while the three-year-old child spent most of it upstairs, playing with a friend. The social worker did not directly engage with the child on the one occasion he came into the living room.

On those, she addressed concerns openly and honestly with parents, was empathic and strengths based in her approach; she saw the children on their own and observed them interacting with their parents. The family friend was not introduced even though the social worker had to walk past her to get to the living room. When interviewed afterwards, the worker had a sense that things were messy, incomplete and that she needed to go further and deeper in engaging with the children, which she did by going back much sooner than she had committed herself to doing at the end of the first visit.

The second example involved a home visit in which the worker engaged in a very fitful and largely detached way with the two children, aged ten and fourteen. She did not see the children on their own to discuss what she regarded as quite serious concerns about alleged neglect, despite their father in one of his few moments of overt cooperativeness asking her whether she wished to. The worker turned down the opportunity, which was very unusual in the context of the study, as social workers generally had to work hard to be assertive in asking to see children on their own.

The father was mostly belligerent, restless and highly active, which included patrolling up and down in front of the fireplace and using a dustpan and brush to sweep the living room in front of the social worker. As soon as the worker stepped out of the home, she spoke vividly about how she felt the neglected house—especially the smell—overcame her.

She said she knew that she had been ineffective and half way through thought about leaving. She was viscerally affected by disgust, anxiety and fear. She managed to move physically to inspect the house, but could not think clearly about and focus on the children. Because the worker knew that she had lost her composure and authority and that her practice was not sufficiently child- or parent-focused, she too went back.


The research found that not only were different degrees of intimacy with children achieved, but workers had different levels of awareness of how close to children they had managed to get. As these two case examples show, some workers knew when they had not done what they knew they should, acknowledged that it was very difficult, and that their practice lacked rigour and was unfinished. It is in situations in which the worker did not engage with the children and at the time did not know that they had not done so that the children can be said to be fully invisible and unheld.

A case that vividly illustrates this kind of full invisibility and lack of holding of the children involved a social worker who was shadowed on a visit concerning a two-year-old girl, here called Amelia, who allegedly was left unsupervised and found a long way from home. Mother, here called Mrs Brown, was a lone parent and there was one other child, five-year-old Jamie. It was an announced visit and the social worker arrived as planned at 3. Mrs Brown was dressed in pyjamas and dressing gown, and led the social worker into the living room, where another adult was sat on the settee.

Mrs Brown sat down beside this other adult and Amelia, while Jamie was sitting on the armchair. The social worker sat on the other armchair. I sat on a chair to one side, positioning myself as discretely as possible so as to be able to see and hear, while being somewhat detached. The home was a council property and beautifully presented. The social worker began by reading the concerns from the referral sheet. Unlike most such opening moments observed in the study, the worker did not engage in any rapport building or introduce her purpose as being wider than investigating the specified concerns, such as being a possible source of help.

Going straight into the alleged incident seemed to compound an oppositional atmosphere that was evident as soon as the social worker stepped into the home. Mrs Brown flatly denied that Amelia had been left unsupervised and blamed the person who reported it for persecuting her.

From the outset, the social worker seemed to be at a loss to achieve any composure. She forgot to introduce herself to Mrs Brown and became aware of this eleven minutes into the visit and apologised. The social worker was totally non-relational towards the children. Although they were present throughout, she did not directly relate to them in any way. Jamie moved around the room at times, while Amelia was also active in the room and snuggled up to her mother on the settee a lot.

BE THE FIRST TO KNOW

Neither of the children initiated any verbal or play-based contact with the social worker, who reciprocated by ignoring them. Nor did the social worker have any overt interaction with the other adult who was present. That person left the house and came back five minutes later but the social worker did not even take that opportunity to ask Mrs Brown about who they were or about their relationship with the children.

This was in part because she used many leading questions. They seem lovely. This seemed to be what the social worker wished. Asking leading questions that gave the desired answers provided for minimal engagement rather than longer dialogue. The worker was struggling and wanted to get it over with. The atmosphere was tense: Mrs Brown : Yeah, do what you want.

When it came to doing what the social worker wanted, however, Mrs Brown was less than happy to co-operate. She challenged why the social worker wished to see upstairs, wanting to know why it was necessary, and very reluctantly led the way. It was not fit to sleep in that night, and it was now late afternoon. 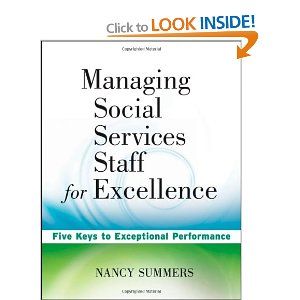 The social worker never actually entered the bedroom but stood at the door and looked into it. The viewing lasted seconds. Mrs Brown said that Amelia jumped on her bed and broke it, which the social worker accepted and made no attempt to probe further.